THE THIRD EDITION OF THE

The  « Swiss Culinary Merit »  award has been created in order to show the excellence of Swiss gastronomy and the professional chef trade.

Each year, at the end of a national competition, this prestigious award will be given to four chefs, whose work has honoured their profession and who are known for their excellence, their know-how and the carrying out of their art while fully respecting the local products of the Swiss culinary heritage.

All candidates will be judged by a national jury made up of experts and professionals in the food industry from the three most important language regions of Switzerland. The jury is independent in the attribution of the awards.

The  « Swiss Culinary Merit » award consists of a case including the emblems of Merit, which were chosen at an international contest at the Art School of Lausanne ECAL. The award will be given to the four laureates at a ceremony at the Swiss parliament.

Everything you ever wanted to know, from the creation to the realisation

of the Swiss Culinary Merit, can be found
HERE

The Swiss Culinary Merit is a top contest and an excellent honorary distinction,
whose rules can be downloaded
HERE

RULES OF THE CONTEST JURY

You meet the requirements of the Contest and want to take up the challenge?
Then your candidature form is downloadable here
HERE

THE JURY OF MERIT 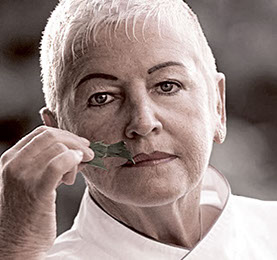 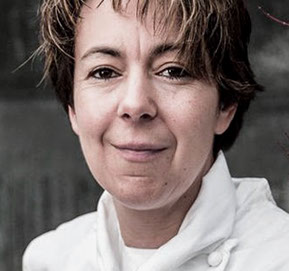 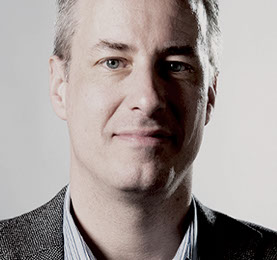 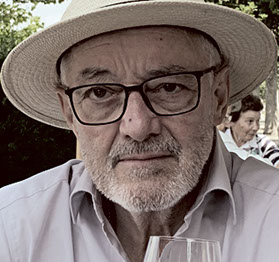 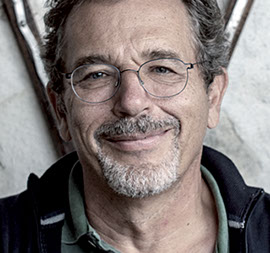 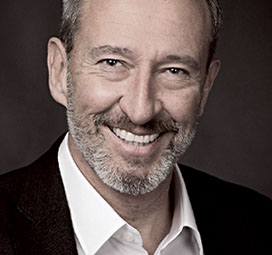 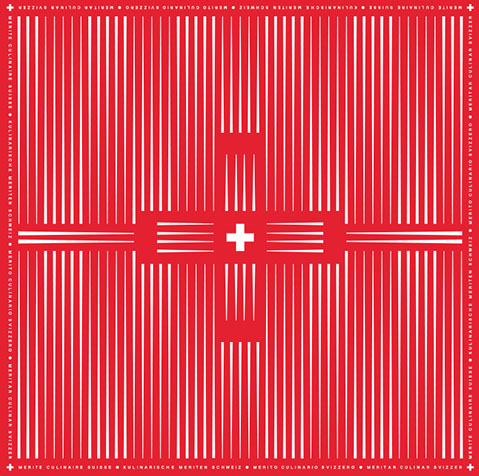 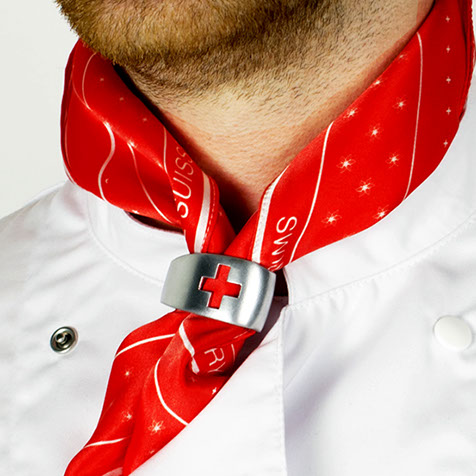 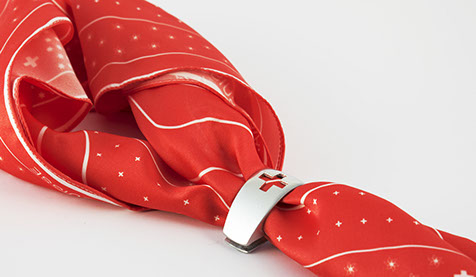 the merit contest is also
a place, a city, a region

Each year, the Jury sits at the Professional School of Montreux.

OF THE SWISS CULINARY MERIT

In the presence of guy parmelin

president of the confederation

The great Lord of gastronomy, recognized by his famous bow-tie! What a dazzling character! No need to try and renumerate all the stages of his career, successes, and distinctions. Let me simply quote a great hotelier from the end of the last century, Mr. Peter Stafford: «Working with Anton Mosimann has given me more pleasure and satisfaction than any other collaboration in my entire career in the hotel business. Anton Mosimann is regal, friendly, extremely firm, and absolutely fair. I consider him not only one of the best chefs in the world, but also an incredible organizer and motivator. Any hotel owner would be grateful to have staff as loyal as Anton Mosimann. I am proud to have had the privilege to work with him and his brilliant team». Despite his success and fame, at 74 years of age, Anton Mosimann has remained humble and approachable while never forgetting his roots. 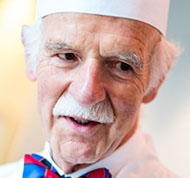 The right to vote for women has existed in Switzerland for 50 years now. Despite this equality, it is still believed that gastronomy is a field reserved for men. Rebecca Clopath proves the contrary and that perceptions are meant to be changed. When you look at her training background, you will find well-known names in Switzerland including the famous «Chrüteroski» and the mysterious «Hexer» alias Stefan Wiesner with whom Rebecca Clopath spent six years of her life. She was also a member of the Junior National Team. With such depth, talent and her look, Rebecca could have chosen Zurich, New York, or Singapore. Instead, she chose her family farm in Lohn, in the Schams Valley of Graubünden. Her recipe for success? «Healthy soil – strong animals – honest cooking». In her valley, she finds nature, animals and 26 different kinds of potatoes. She picks herbs in the pastures, edible flowers in her garden and she uses products from her father’s farm.

In the canton of Ticino, which is very touristy and close to Italy, gastronomy plays a very important role! The region boasts many famous names including the most notable Conte Rossini and among them for many years now is the name Lorenzo Albrici of the Locanda Orico. Since childhood, he always knew that he wanted to be a chef. He has led an exemplary career. He benefited from a solid training program and the steps followed over the years form an impressive achievement list. Among the different restaurants is the Hôtel de Ville de Crissier, in the time of Fredy Girardet. Lorenzo himself states that it was his time at Crissier that ignited his real passion for haute cuisine. Since 1998, Lorenzo Albrici has been leading Locanda Orico in Bellinzona. Always in the kitchen and at the head of a very inspiring team, he has remained humble, available, and friendly. His talented cuisine has enchanted a large following. It is based on the quality of the products and the marriage of French and Italian culinary cultures. Needless to say, that with this level, Lorenzo Albrici has trained and influenced many young people by guiding them on the right path.

Pierrot Ayer owes his current success to a remarkable career. He is a passionate chef with a demonstrated sense of sharing and collegiality. With classical training and a number of impressive stages like the Baur au Lac à Zürich and as head chef de cuisine at the Buffet de la Gare in Fribourg which at the time was a famous table throughout Switzerland. Pierrot Ayer finally settled down with his wife Françoise at the restaurant «Le Pérolles» in Fribourg making it the best address in town.  A member of «Jeunes restaurateurs d'Europe», he quickly took over as president, and then followed with the presidency of «Grandes Tables de Suisse».

His name is linked to quality products, such as the famous Vacherin Fribourgeois AOP and many others. Pierrot Ayer has done a lot for gastronomy, for the promotion of the best products and for the training and support of young people. At the end of the lease of the old «Le Pérolles», he had the chance and the pleasure to take it over to make a new restaurant, modern and adapted to today's needs with his son Julien, the future successor at his side.

Everyone remembers at the start of the century people were spreading the word «have you heard of Schauenstein’s new chef?» I remember like it was yesterday and all the praise that came from those who had experienced his cooking! In 2003, Andreas Caminada was the revelation of the year and Irma Dütsch was the cook of the year in Gault & Millau. Few people knew Caminada back then and I can still picture him, young and shy, wondering what happened to him. After more than twenty years, his career is like a fairy tale! His success comes from his immense talent, diligence, and professionalism. He climbed the ladder at a hallucinating speed while achieving honors every step of the way. But this kind of success would not be possible without a strong, talented, dedicated, and motivated team. Andreas Caminada was able to share and transfer knowledge and his great passion to the young people around him. The proof: his restaurants IGNIV by Andreas Caminada where he was able to instill not only his ideas, but his best elements by giving them a unique opportunity. A big heart and sense of sharing is proof again through his «Fundaziun Uccelin». An initiative as brilliant as it is ingenious, his foundation supports and promotes the best talents in his profession. 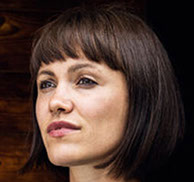 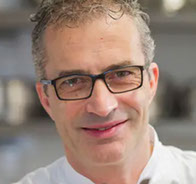 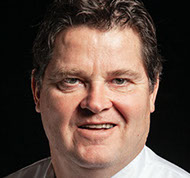 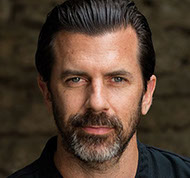 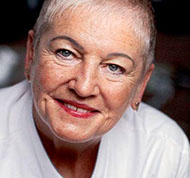 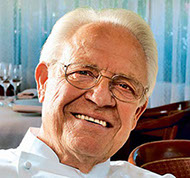 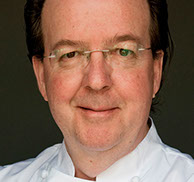 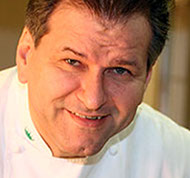 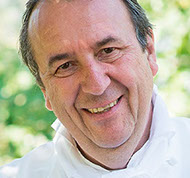